At Honeyguide, we see ourselves as social entrepreneurs committed to developing sustainable enterprises within community protected areas of northern Tanzania. We wholeheartedly believe in the importance of local ownership in conservation, and so our work focuses on empowering people and communities to protect their land and natural resources. Together we are all Tanzanians dedicated to creating a Tanzania of tomorrow in which people and wildlife not only coexist, but live in a state of mutual benefit and interdependence.

It’s impossible to tell the story of Honeyguide without telling of how Damian Bell and Ole Kirimbai became friends back in the early 1990s when they worked at a community-based tourism venture called Sokwe. Even then, while setting up camps in northern Serengeti, they experimented in community programs like hiring and training ex-poachers to be guards and working with farmers to sell quality crops to tourism camps.

After Sokwe merged with another company, Asilia Africa, Damian and Kirimbai decided to expand upon some of that community work they had started. With start-up funding from Asilia Africa, in 2007 the two formed Honeyguide, a non-profit promoting community conservation at a time when few such organizations existed in Tanzania. Nearly 30 years after becoming friends, the two serve as Honeyguide’s executive director and chairman and continue to keep the organization constantly growing and evolving.

“We grow, we grow others and we grow oursleves” Sam Shaba, Honeyguide’s Programs Manager

View our work from 2020 in the report below, flip through our pages to discover more about our work in 2020.

View our work from 2020 in the report below, download in PDF format. 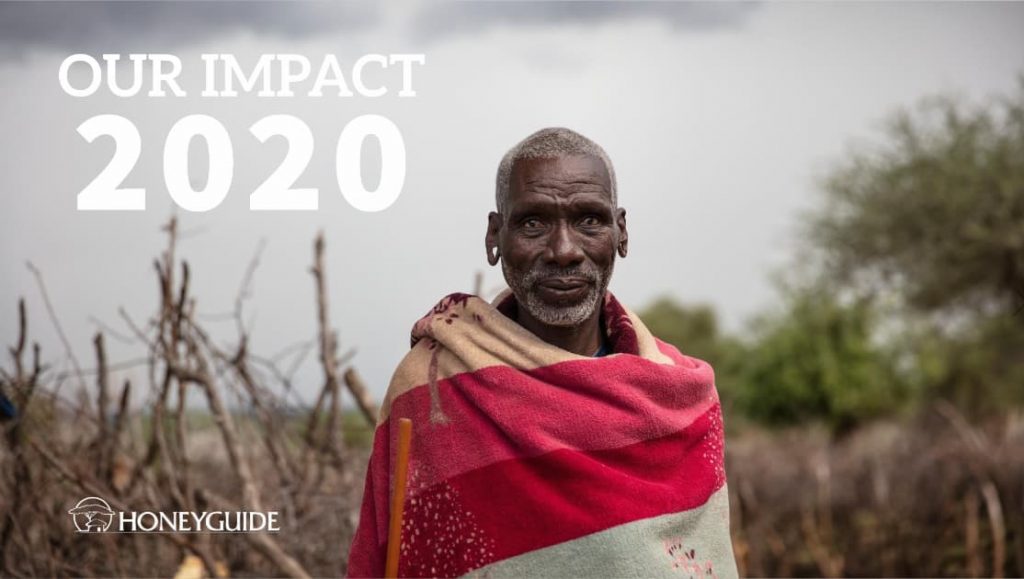 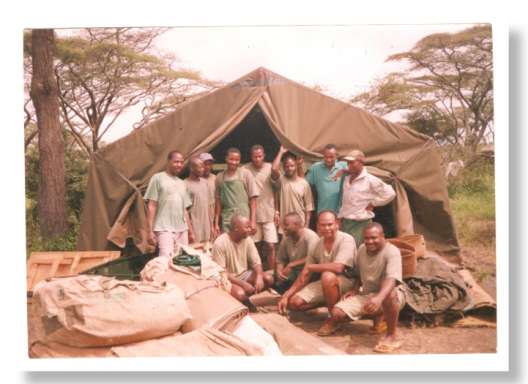 By 1995, Sokwe had launched some of the first community based tourism initiatives in Tanzania, including those Ololosokwan, Loliondo, just outside of Serengeti National Park and many others. These were the early days of ecotourism in Tanzania, and Sokwe stood right on the frontier with a number of like-minded responsible tourism operators. In many ways, the vision of what would one day become Honeyguide began out on the plains just east of the Serengeti during this time. 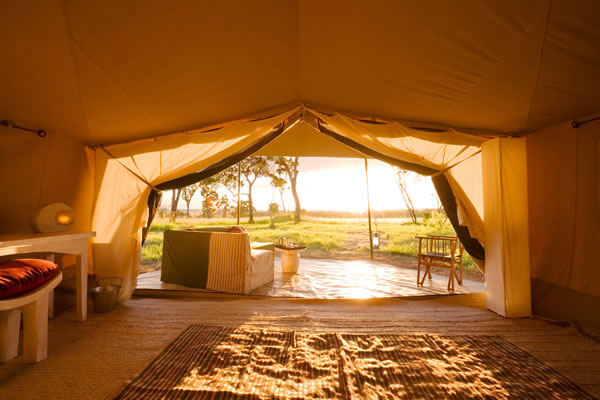 In starting community-based initiatives in and around northern Serengeti, Sokwe also helped pioneer ventures in an area once considered to be out of reach for tourism, considered too dangerous and remote. The area now is one of Serengeti’s busiest tourism areas, and Honeyguide has since returned to the Serengeti to support conservation through its Tracker Dog program. 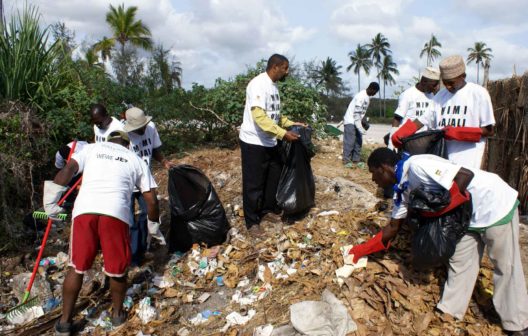 Honeyguide is established and starts pilot programs in the Serengeti and Zanzibar.

After being officially registered, Honeyguide began training farmers outside of the Serengeti in how to produce vegetables and crops that could be sold to tourism camps to provide communities with much-needed alternative sources of income. Honeyguide also started environmental clean-up efforts in Zanzibar and along marine areas. Community-owned and responsible tourism remain a critical part of Honeyguide’s programs and vision today. 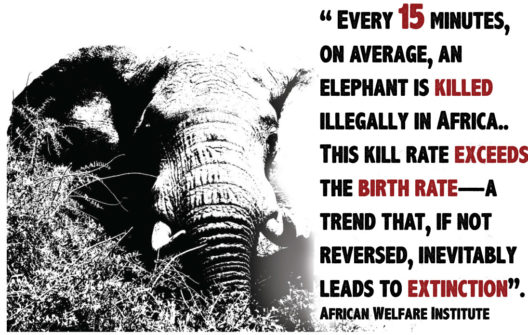 Elephant poaching becomes an epidemic in Tanzania and across much of Africa.

By this time, Honeyguide had already begun to develop community-based natural resource management ventures in northern Tanzania. Executive Director, Damian Bell, and Chairman, Ole Kirimbai, formed the perfect team to ensure that Honeyguide would one day thrive. Friends and business partners since their days together at Sokwe, Damian and Ole Kirimbai had complementary backgrounds – one in responsible tourism and successful leadership and the other in anti-poaching and wildlife management. 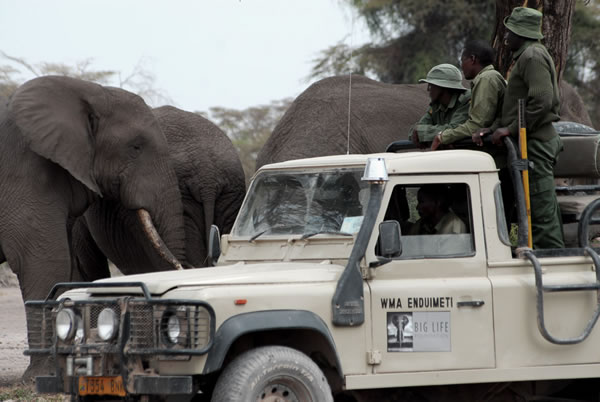 Big Life Foundation is established and partners with Honeyguide.

Nick Brandt, who also is a longtime friend of Honeyguide’s director, founded Big Life after witnessing the devastation caused by poaching in and around the Amboseli ecosystem in Kenya. He soon then also funded and empowered Honeyguide to develop wildlife protection efforts in nearby West Kilimanjaro and Enduimet WMA for Big Life’s programs there, beginning a Honeyguide-Big Life cross-border partnership. 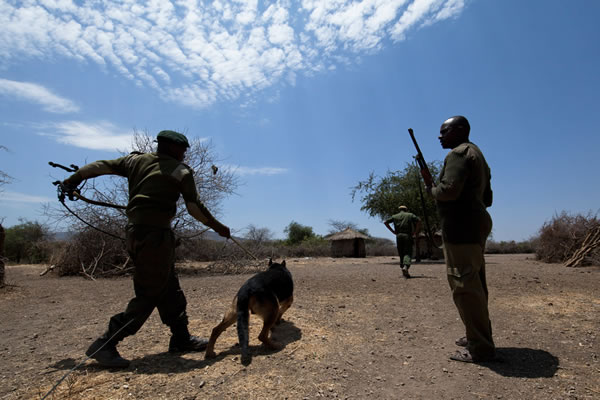 Rocky and Jerry, the trailblazing conservation canines of the Tracker Dog Unit, had an immediate impact on the poaching fight, as poachers could no longer guarantee an escape even if they evaded rangers immediately after killing wildlife. The dogs and their handlers have helped lead investigations that have resulted in arrests every single month. 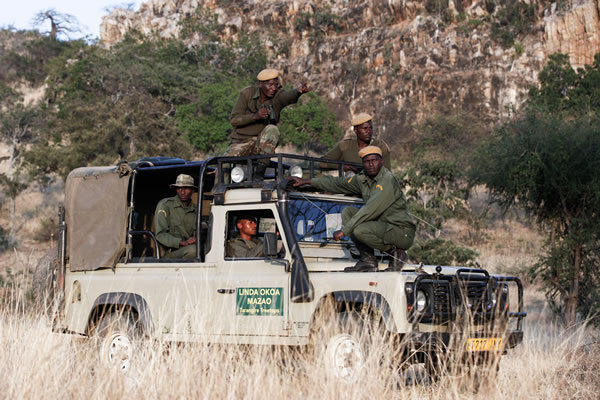 Honeyguide’s successful wildlife protection program in Enduimet WMA led to expansion into Burunge WMA and Manyara Ranch, both in the Tarangire-Manyara ecosystem. Honeyguide also produced a film on natural resource management issues and eventually screened it for 27,000 people in Enduimet WMA. The expansion around Tarangire-Manyara continues for Honeyguide today, as it is critical to continue to support one of the last strongholds of elephants on earth. 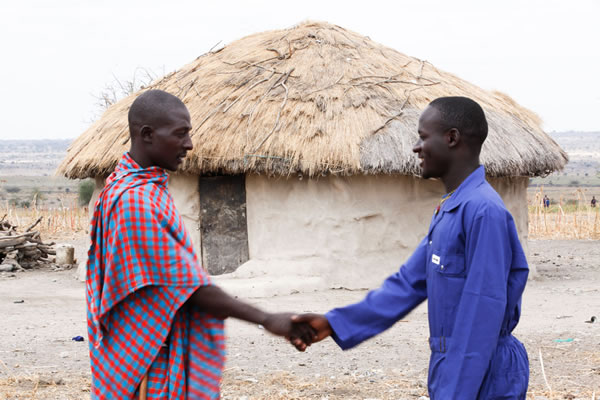 Honeyguide tests an intensive and innovative human-wildlife conflict prevention program and continues to expand into wilderness areas in need of support.

Based on findings from post-screening discussions in Enduimet WMA, Honeyguide began to focus on research and development of a human-wildlife conflict (HWC) prevention program, first focusing on reducing crop damage caused by elephants in farms. Honeyguide also began programs in Randilen WMA, the Engaruka Valley, and it officially joined the Northern Tanzania Rangelands Initiative (NTRI), a coalition of nine partners led by The Nature Conservancy. 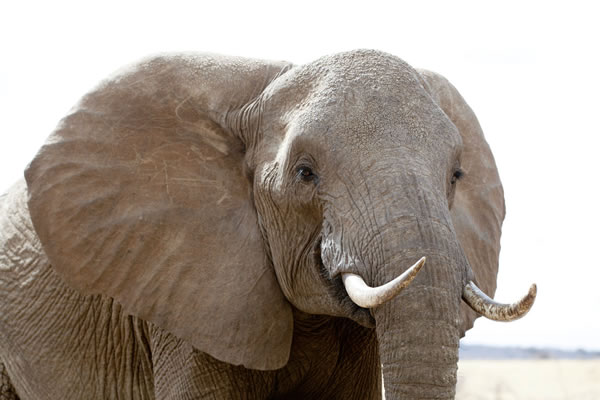 Honeyguide’s efforts lead to three years with ZERO elephants being poached in Enduimet WMA and more than 1,000 human-wildlife conflicts being prevented. 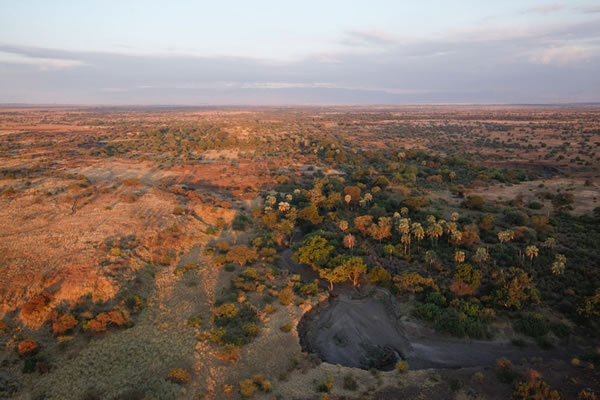 Honeyguide and its partners in the Northern Tanzania Rangelands Initiative (NTRI) launch a 5-year project in community-based natural resource management and development as funded by USAID.

Via NTRI, Honeyguide and its partners continued to expand their impact and increase the long-term positive outcomes for communities and wild animals alike throughout northern Tanzania, with a starting focus on the Tarangire-Manyara ecosystem. Around this time, Honeyguide has also begun to engage with Makame WMA for future programs, and began partnering with USAID/PROTECT to help scale some of Honeyguide’s best practices and strategies throughout Tanzania. 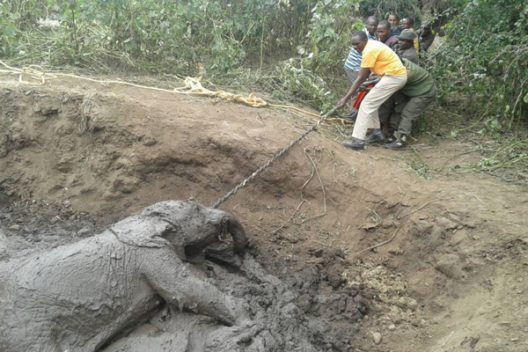 The Strategic plan outlines our work and goals in Enduimet, Randilen and Makame WMAs. Honeyguide also developed a Human-Elephant Conflict handbook in Swahili to enable scaling up and reaching other communities in Tanzania. In Randilen, Honeyguide helped with the development of 3 entrance gates, offices, and management housing. 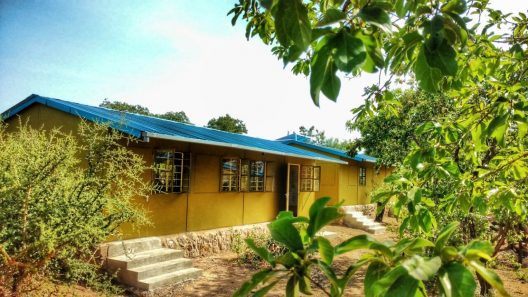 Randilen Wildlife Management Area on the path towards sustainability. 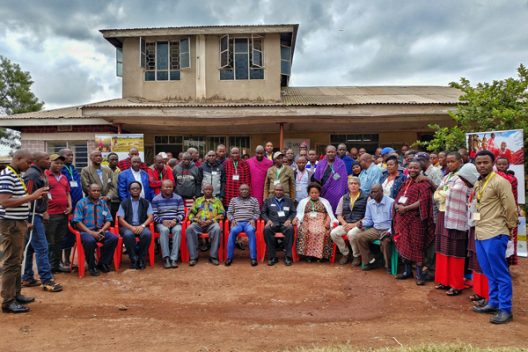 Honeyguide began supporting 69 rangers to protect over 2 million acres in Makame. This yielded quick results, with village game scouts/rangers arresting 34 poachers, and in the process seizing 12 firearms and 368 rounds of ammunition. In Randilen, Honeyguide helped communities secure the largest managed grass bank in Tanzania, providing 37,500 hectares of healthy rangelands for the communities’ livestock.