The chase was on. The Serengeti canine (K9) unit was hot on the track of another poacher. Emmanuel Issak , lead handler of the K9 unit, was still a little anxious, as he had only recently received the unit’s new dogs from our partners, the African Wildlife Foundation. He not only wanted to see how capable they were of staying on poachers’ scent, but also whether they could handle all the other challenges a tracker dog has in the African wilderness—it’s hot, spiky, dusty, and, frankly, dangerous. While tracking down a poacher who could be armed and lying in ambush, they also have to contend with large, dangerous animals around who do not comprehend that the dogs are friends rather than foes. Emmanuel, wondering how the news dogs would react if they came across a buffalo, elephant, or lion, had a lot of responsibility on his shoulders. 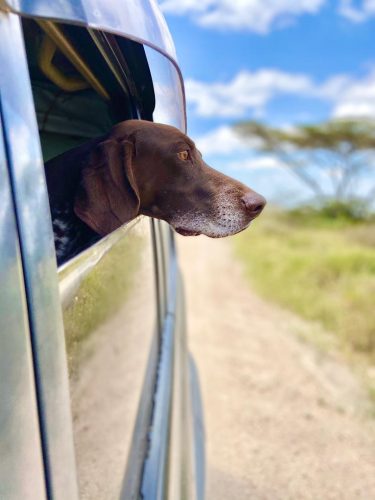 Honeyguide, in partnership with the Serengeti National Parks and African Wildlife Foundation, is providing conservation partners with a specialized tool for protection: dogs. Tracker dogs’ ability to pick up a scent from a poached animal or even a snare enables the protection teams to track poachers to their homes and arrest them.

Recently three new trackers dogs have been introduced to the Serengeti team, all who are pointers: four-year-old Oscar, as well as Freddie and Renzo, who are both three. They were called into action sooner than expected but have already exhibited a high level of expertise. Yesterday, Oscar proved himself when, after tracking a scent for 20 kilometers through the wilderness, he uncovered a hidden poacher’s camp. Today, it was Freddie’s turn, who picked up a scent left by a poacher’s footprints around a wildebeest kill. Freddie remained on the track for six hours until the unit caught up with the poacher; aware he was being followed, the poacher had kept a fast pace as he attempted his getaway. Using whatever cover was available to avoid being seen, the poacher tried making it out of the park—but he couldn’t get past Freddie’s nose. 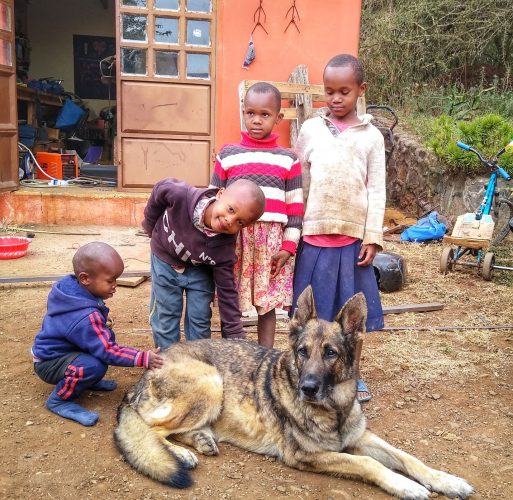 A tracker dog can work for about 5 to 6 years before they are retired. Ex-tracker dogs Jerry and Rocky have both retired and now have a relaxed life, enjoying each other’s company and playing with kids. They were among the first tracker dogs in the unit back in 2011 when poaching in west Kilimanjaro Enduimet Wildlife Management Area was at its peak. Within three years, these two were largely responsible for halting elephant poaching.

Honeyguide has seen similar results elsewhere after introducing tracker dogs. In Manyara Ranch, where up to six elephants a year were being lost, tracker dogs helped identify all elephant poachers in the area and brought poaching to a standstill. For years now, Manyara Ranch and Randilen Wildlife Management Area have seen zero elephants poached, while overall poaching in the Serengeti ecosystem has been significantly reduced for the past two years. These dogs are keeping wildlife safe and thriving

You can help, too. Currently, protected areas have no tourists due to COVID-19, dramatically reducing the funds available to keep dogs like Oscar and Freddie—along with their handlers—in the field protecting wildlife. Poachers, unfortunately, know this and are trying to take advantage of the situation. By donating $80, you can provide two weeks of food rations for a K9 unit, while $180 will provide salaries for 2 weeks. If you would like to help these dogs, click on this link>

To learn more about the K9 unit, click here>