‘Let nature take its course’ an English phrase simply meaning let there be no human intervention. This was about to happen to a lone lion cub named Kali when her pride fed on a buffalo, and she accidentally found herself trapped under the carcass.  After an exhausting five-hour ordeal, a Honeyguide and partners rescue gave her a second chance at survival.

On their morning game drive two clients with their driver from Mantis Photography Co saw two Maasai warrior in the far distance, crossing the Manyara Ranch conservancy area. The men were surrounding something that the clients couldn’t recognise. They couldn’t sure of they have killed a lion for retaliatory motives – a common occurrence in these parts. The driver quickly called his manager and explained the situation:

“I quickly called the Ranch manager, his team, and the Honeyguides Rangers. We all ran towards the scene.”

A female lion cub was found under the carcass. Almost half of her front body, including head and front legs, were pinned beneath a 1500-pound male African cape buffalo. 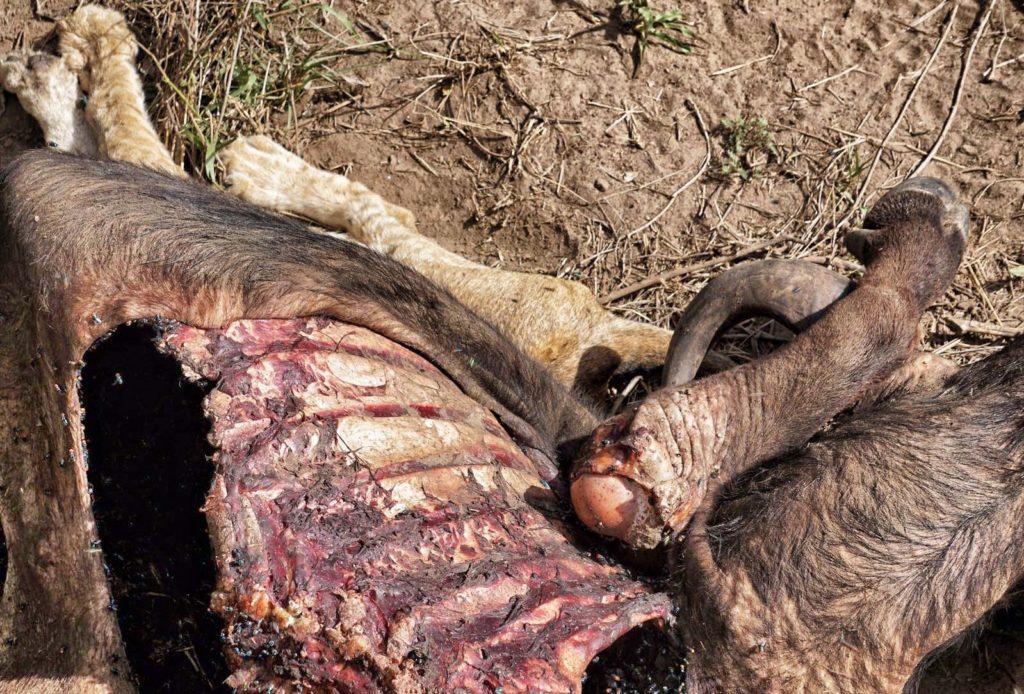 “What we found was unusual and shocked us. So many questions clicked into my head, like how and what happened to her to be under the carcass.” said Mr. Wayne Stanton, Mantis Manager.

The men lifted up the buffalo and pulled away from the dehydrated cub. They gave her saline solvent solution and glucose  to help her regain energy. The Ranch manager, Ole Kashe said,

“The evening before, I saw her with rest of the family. By the time we discovered her lying under the carcass it was 04:30 PM. Probably, she could have been there since morning. She has the luck to be alive!” 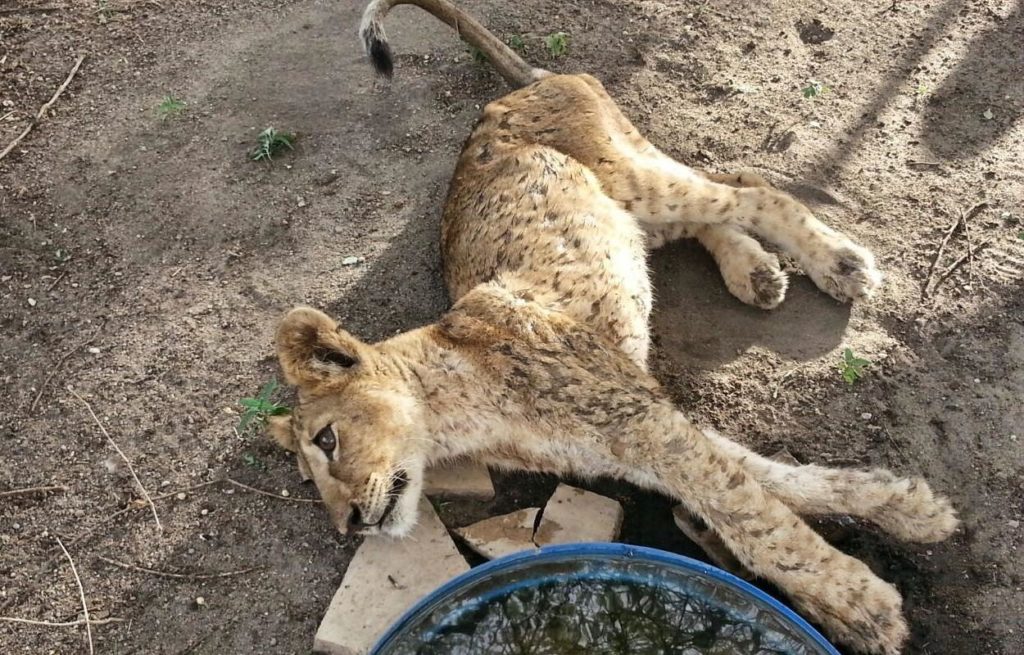 Kali the lion cub, unconscious after being pulled from under the carcass.

After a week of good treatment and spoon-feeding from the rangers, the lion cub started to regain strength and feed on her own. The name “Kali” (Swahili for “Fierce”) was given to her due to her irritable behavior while in treatment protection. The name suited her well; though the rangers felt she needed more time for get fully fit, on 9th night of recovery she managed to jump out of her cage after hearing her mother’s voice roaring nearby the ranger’s post.

The team searched hard to find the escaped cub, with eventual success. Honeyguide team leader ranger Sailepu Mahenga said, “After a day of searching, we found her enjoying lunch with her rejoined family. This was an excited moment for all of us.”

“After a day of searching, we found her enjoying lunch with her rejoined family.” 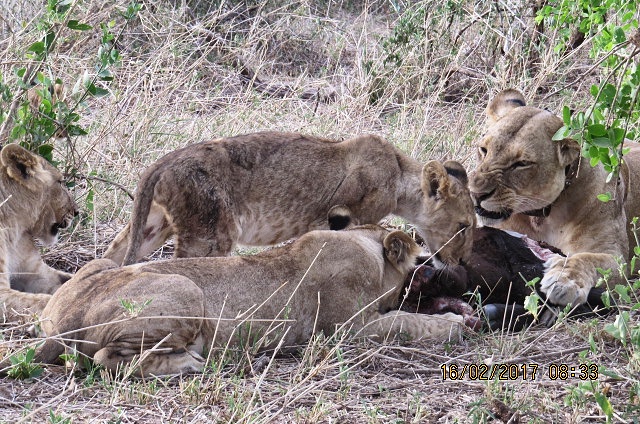 Kali standing in the middle with her color mother on the right.

Kali is the only female within her pride of the current seven cubs from two different mothers led by a color lioness mother. Being a future breeding mother and probably dominant female within her group gives her with vital ecological value. The cub family resides Korongoni /Makuyuni river which passes along Manyara Ranch Conservancy. This area is well monitored by partners and investors in the ranch.

A team led by Honeyguide, Manyara Ranch Conservancy, Mantis Photograph Co, and Tarangire Lion Project, succeeded in giving Kali a second chance. Their passion and determination made this exercise a remarkable success.