Wildlife Management Areas (WMAs) conserve the wilderness, protect the habitat, and promote sustainable economic development that minimizes its impact on local ecosystems. With such ambitious objectives, it’s no surprise that a diversity of professional expertise is required. Accounting, however, probably isn’t the first discipline that springs to mind. 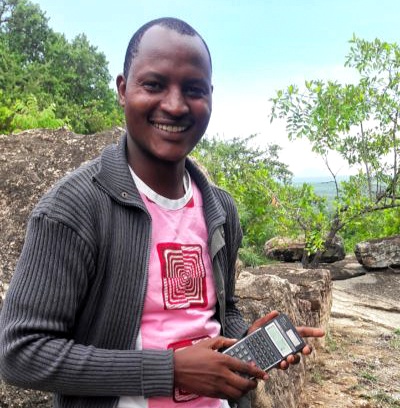 Samuel Saruni Mollel, who works at Randilen WMA in northern Tanzania, may be on track to change that. As the first-ever professional accountant to be employed at one of Tanzania’s 38 WMAs, he is making a big impact—and not just on the balance sheet.

Wildlife is central to the country’s economy, perhaps nowhere more than in northern Tanzania, where it helps draw tourism to some of Africa’s most popular destinations, such as Kilimanjaro, Serengeti, and Tarangire. Because of this, the financial stability of a WMA is vital to the long-term sustainability of its local communities.

In that regard, Randilen appears to be in good hands. Samuel, 33, has combined his pastoralist and finance knowledge (he holds a Bachelor of Finance Management degree) to help Randilen better align its money with its mission for the past two years. He ensures the WMA’s budget is on target, tracks records from tourist entrance gates, collects revenue from the Tanzania Wildlife Authority (TAWA), and prepares financial reports to present to the community through a designated body. Samuel says,

“I am delighted to sit in this visible position, because I know exactly where we are—and our next destination.”

Based on the Randilen’s results thus far, its next destination will be a good one. During Samuel’s stint at the WMA, it has increased its gate collections nearly 20 percent. “This shows our facilities, services, collections, and recording system have improved,” Samuel says. “And never forget professional personnel like me!” he adds, excitedly pointing at himself.

Samuel credits Honeyguide with helping him become such an effective finance manager through on-the-job training, related courses, and mentorship. “Since I joined the WMA,” he says, “I am trained and proficient at using some of the financial e-tools, including YNAB and QuickBooks.” He believes his accounting expertise will eventually help Randilen become a model of strong conservation and community management for all others to follow.

Nevertheless, for Samuel, his work is less about managing money than about making a positive impact on his home—and that of his two children. After all, he comes from Naitolia, one of eight villages in the WMA. “My motivation is toward my people around here,” he says.

“I can sense my impact on every move I make and that is most important to me.”